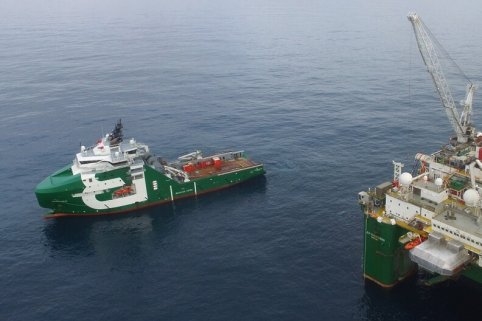 These items are largely non-cash and will have no impact on operating cash flow or EBITDA.

Lundin Petroleum will recognise a net foreign exchange loss of approximately MUSD 164 for the fourth quarter of 2018. Both the Norwegian Krone and the Euro weakened against the US Dollar by approximately 6 percent and 1 percent respectively during the fourth quarter of 2018. The foreign exchange loss is largely non-cash and mainly relates to the revaluation of loan balances at the prevailing exchange rates at the balance sheet date.

Release of report and webcast on 30 January 2019
Lundin Petroleum’s financial report for the fourth quarter 2018 will be published on Wednesday 30 January at 07:30 CET, followed by a live webcast at 09:00 CET where Alex Schneiter, President and CEO, and Teitur Poulsen, CFO, will be commenting on the report and the latest developments in Lundin Petroleum.

Follow the presentation live on www.lundin-petroleum.com or dial in using the following telephone numbers:

Acquisition of further interests in the Rolvsnes discovery and Goddo prospect...
Scroll to top