The Consideration Shares to be issued by Aker BP will initially be represented by so-called Swedish Depositary Receipts (“SDRs”), to be delivered to the eligible shareholders through Euroclear on or about 11 July 2022. Only whole SDRs will be distributed. The total number of Consideration Shares corresponding to the sum of all fractions will be issued and then sold by Skandinaviska Enskilda Banken AB (publ) (“SEB”). The sale will take place as soon as practically possible following the distribution of the SDRs to the eligible shareholders in Lundin Energy MergerCo AB (publ). The net proceeds from the sale of fractions will be paid in proportion to the fractions that each respective eligible shareholder is entitled to. This payment is expected to take place on or about 19 July 2022, to the dividend account linked to the shareholder’s securities account in Euroclear. The sale will be handled by SEB and no action is required by the respective shareholders. No commission will be charged for the sale.

SDRs can be converted into a direct holding of the underlying ordinary share in Aker BP at the request of the holder of the SDRs. Information will be sent out separately by post on how and when directly registered shareholders of Lundin Energy can request such conversion. Shareholders that own their shares in Lundin Energy on a custody account, with a broker or other financial institution, will not receive any letter or conversion instruction directly from Lundin Energy, and should instead contact their respective broker or other financial institution for further information and instructions.

The shares in Aker BP are listed on Oslo Børs (the Oslo Stock Exchange). The SDRs will not be admitted to trading on any trading venue or regulated market in Norway, Sweden or elsewhere, and shareholders who decide not to convert their SDRs into Aker BP shares may not have equivalent shareholder rights as a shareholder in Aker BP that holds ordinary shares directly.

The SDR programme is a temporary solution that is expected to be terminated no later than 12 months after the issuance of the SDRs. Upon termination, all holders of SDRs who have not yet converted their SDRs into ordinary shares in Aker BP, will automatically have their SDRs redeemed by Aker BP through SEB, whereby the Shares in Aker BP that the SDRs represent will be sold in the market and the net average sales proceeds will then be paid pro rata to the previous holders of such SDRs.

A frequently asked questions (“FAQ”) section is available on the Lundin Energy website which provides more information around the details of the Combination and the conversion of SDRs into shares in Aker BP, link: https://www.lundin-energy.com/investors/combination-proposal/

Fulfilment of closing conditions and timeline for completion of combination of Lundin Energy’s E&P business with Aker BP
15.06.2022, 237 KB 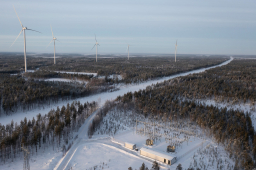 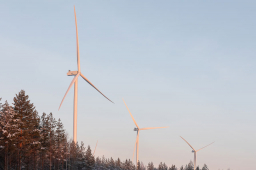