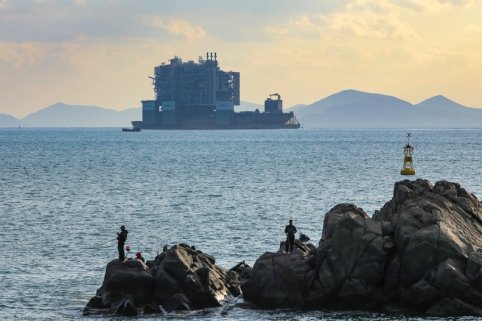 Proposal to redeem 16 percent of the outstanding Lundin Petroleum shares and sell a 2.6 percent stake in the Johan Sverdrup development project

Lundin Petroleum AB (“Lundin Petroleum”) announces that its Board of Directors proposes to redeem 16 percent of the outstanding shares that are currently held by Equinor ASA (“Equinor”). Lundin Petroleum’s wholly owned subsidiary Lundin Norway AS (“Lundin Norway”) has further agreed to sell a 2.6 percent stake in the Johan Sverdrup development project, for a cash consideration to Equinor Energy AS (“Equinor Energy”) (together, and together with the steps described below, the “Transaction”).

Redemption of 54.5 million Lundin Petroleum shares currently held by Equinor, amounting to 16 percent of the outstanding shares at a price of SEK 266.4 per share
• Consideration of SEK 14.5 billion (approximately USD 1, 557 million) calculated on the closing price of SEK 289.6 per share on 4 July 2019 including an 8 percent discount
• Post Transaction Equinor retain 4.9 percent equity interest in Lundin Petroleum and continue to be a supportive shareholder

The Transaction will increase shareholder leverage to:
• Key producing assets at Edvard Grieg, Alvheim and soon to be producing Johan Sverdrup and any future outperformance
• Significant exploration and appraisal programme and any future successes and pipeline of seven development project moving to maturity

Unique opportunity to redeem significant minority position at a discount to the market, prior to the startup of Johan Sverdrup and in a high growth phase for the business
• Transaction values Johan Sverdrup at a premium to current market consensus highlighting continuing value upside potential of the field

The Transaction is being funded from existing financial resources and a short-term bridge facility and is subject to Lundin Petroleum shareholder approval, Norwegian regulatory approval, RBL syndicate banks approval and certain other conditions
• EGM to be held at 10.00 am on 31 July 2019 at the Grand Hotel, Södra Blasieholmshamnen 8, 103 27 Stockholm, Sweden
• The Lundin Family and Equinor have both given their irrevocable undertakings to vote in favour of the Transaction

Ian H Lundin, Chairman of Lundin Petroleum, commented:
“The chance to redeem the majority of Equinor’s holding in Lundin Petroleum at a discount to the market and before the pivotal start-up of the Johan Sverdrup development project in November this year, was an opportunity which rarely comes along. The Transaction provides us with a rationalised shareholder structure and all shareholders with enhanced leverage to the ongoing success of Lundin Petroleum, at a time when we continue to unlock further upside potential from our existing asset base and execute on our proven organic growth strategy. We set out a progressive dividend strategy at the AGM this year and I am pleased to note that the strategy will remain unchanged following this transaction, as we look to distribute sustainable returns to our shareholders in the years ahead. With the prospect of all shareholders having an increased exposure to Johan Sverdrup and the growth potential across our portfolio, I and the Board unanimously recommend that shareholders support this value accretive transaction at the EGM later in July.”

Background and reasons for the Transaction
The Board of Directors and management of Lundin Petroleum routinely review and assess strategic opportunities to enhance shareholder value. Equinor has been a substantial minority shareholder since acquiring an initial 12 percent holding in Lundin Petroleum in January 2016 and a further 8 percent through an all share transaction to divest Equinor’s holding in the Edvard Grieg field to Lundin in June 2016. Equinor has remained a supportive financial stakeholder since. An opportunity presented itself, which would allow Lundin Petroleum to rationalise its shareholder structure and enhance the leverage to financial, operational and exploration success for all remaining shareholders and would allow Equinor to realise their financial gain on their investment in an orderly market fashion. Following the Transaction, Equinor will retain a material shareholding in Lundin Petroleum at 4.9 percent of the outstanding shares in order to continue to benefit from the continued growth of the business.

With the start-up of Johan Sverdrup expected in November this year and with the ongoing outperformance from the existing production base, as well as the Company’s busiest year for exploration and appraisal; 2019 is a pivotal year for Lundin Petroleum. The Board is recommending this transaction to all shareholders as a unique opportunity to redeem a substantial minority shareholding in the business at an attractive valuation and at a time when the business is positioned for another period of substantial operational and financial growth.

Summary of proposed Transaction
Lundin Petroleum has entered into a total return swap agreement with Sparebank 1 Markets AS (“SB1”) regarding 16 percent of the outstanding shares in Lundin Petroleum totalling 54.5 million shares (the “TRS”). To hedge its exposure, SB1 has entered into an agreement with Equinor to purchase 16 percent of their outstanding shares in Lundin Petroleum (the “Share Purchase Agreement”). Both transactions will be priced at SEK 266.4 per share, representing the closing price on 4 July 2019 of SEK 289.6 per share and an 8 percent discount. Lundin Petroleum will settle the TRS with SB1 for cash consideration and will subsequently redeem the shares that SB1 holds for no consideration.

Lundin Norway has entered into an asset transfer agreement to transfer 2.6 percent of the Johan Sverdrup Unit to Equinor Energy for cash consideration of USD 962 million with an effective date of 1 January 2019, which includes a USD 52 million contingent payment on future reserve attainment, (the “Asset Transfer Agreement”).

A bonus issue (sw. fondemission) is also proposed to be made to restore the share capital of Lundin Petroleum to the same amount as immediately prior to the share redemption. No new shares will be issued.

Lundin Petroleum will fund the transaction in part by utilising funds under Lundin Petroleum’s existing USD 5 billion reserve-based lending facility and in part through a short term bridge facility of up to USD 500 million which will provide additional liquidity, until the completion of the Asset Transfer Agreement. The funding arrangements remain subject to approval from the lenders under the reserve-based lending facility and signing of the bridge facility documentation; of which firm commitment letters have been received.

Following completion of the Transaction, Lundin Petroleum will decrease the number of outstanding shares by 54.5 million shares to 285.9 million shares and Lundin Norway will decrease its stake in the Johan Sverdrup development project from 22.6 percent to 20.0 percent.

Proposal to redeem 16 percent of the outstanding Lundin Petroleum shares and sell a 2.6 percent stake in the Johan Sverdrup development project (regulatory)
07.07.2019, 148.09 KB

Want to join the discussion?
Feel free to contribute!