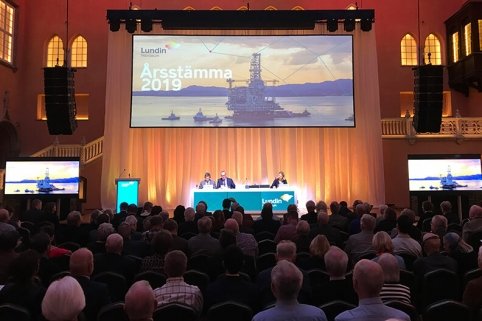 The key dates for the quarterly dividends are set out in the table below.

The AGM resolved that auditors’ fees shall be paid upon approval of their invoice. PricewaterhouseCoopers AB was re-elected as the auditor of the Company for a period until the 2020 AGM.

Further, the AGM resolved, in accordance with the Board of Directors’ proposals:

The four shareholder proposals which were put to the meeting by a minority shareholder were all rejected by the AGM.

Exploration well completed on the Gjøkåsen Deep prospect in the southern Barents...
Scroll to top