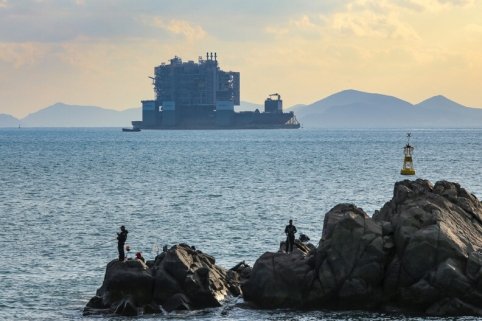 Lundin Petroleum AB (Lundin Petroleum) is pleased to announce its 2019 development, appraisal and exploration budget which totals USD 1.23 billion and represents a 21 percent increase on 2018 capital expenditure due to anticipated new project sanctions. The production guidance for 2019 is between 75 to 95 thousand barrels of oil equivalent per day (Mboepd).

Development Budget
The 2019 development expenditure is budgeted at USD 930 million, which is an increase of approximately 30 percent over 2018 levels. With the sanction of Johan Sverdrup Phase 2, development expenditure for Johan Sverdrup is broadly flat between 2018 and 2019 and the increase in the development budget relates mainly to the Luno II, Rolvsnes extended well test (EWT) and Edvard Grieg infill drilling projects. The budget also reflects increased working interests at Luno II and Rolvsnes due to the recent transactions with Equinor and Lime Petroleum.

Approximately 70 percent of the 2019 budgeted development expenditure relates to the non-operated Johan Sverdrup field (WI 22.6%). 2019 will be another active year for the project, with installation of the two remaining Phase 1 topsides for the living quarters and the processing platform, the commissioning of the combined facilities and the tieback of eight pre-drilled producers, after which drilling of additional wells will start. Phase 1 is approximately 85 percent complete and is on schedule for expected first oil in November 2019. Phase 2 was sanctioned in 2018, the key contracts have been awarded, construction has commenced and the project is progressing according to plan.

Approximately 20 percent of the budgeted development expenditure relates to the operated Luno II project (WI 65%) and the Rolvsnes EWT (WI 80%), both of which are planned to be sanctioned during the first quarter of 2019. Both projects will be subsea tie-backs to Edvard Grieg and will be implemented together.

The Edvard Grieg field (WI 65%, operated) 2019 programme, includes contribution to the Utsira High area power from shore solution and preparations for an infill drilling programme, which will be sanctioned during the year.

Budgeted expenditure at the non-operated Alvheim area involves the drilling of an infill well at Volund (WI 35%) and the drilling of the Frosk test production well in PL340 (WI 15%) which will be produced through the Bøyla subsea facilities.

Appraisal Budget
The pre-tax appraisal budget for 2019 is USD 80 million and is aimed at moving the pipeline of seven potential new projects towards development. The programme involves the drilling of two appraisal wells.

Following the positive results from the operated Alta EWT in 2018, an appraisal well is being planned at the Alta and Gohta discoveries in either of PL609 (WI 40%) or PL492 (WI 40%). The future appraisal plan will be defined once the large amount of new data from the EWT and latest generation 3D seismic (Topseis) has been fully assimilated. Additionally, an appraisal well is planned on the Lille Prinsen discovery in PL167 (WI 20%) which will target a significant resource upside compared to current estimates. The 2019 appraisal budget also includes expenditure on front end engineering design (FEED) and plan for development and operations (PDO) studies for Luno II and the Rolvsnes EWT.

Exploration Budget
The pre-tax exploration budget for 2019 is USD 220 million. With a total of 15 planned exploration wells, this is Lundin Petroleum’s largest programme to date and is targeting over 750 MMboe of net unrisked resources.

Nine wells are planned to be drilled in the Norwegian North Sea, with four of these wells in the greater Utsira High area, three wells in the Alvheim area, and one well in each of the Mandal High and Northern North Sea core areas.

Exploration well completed on the Gjøkåsen Shallow prospect in the southern...
Scroll to top