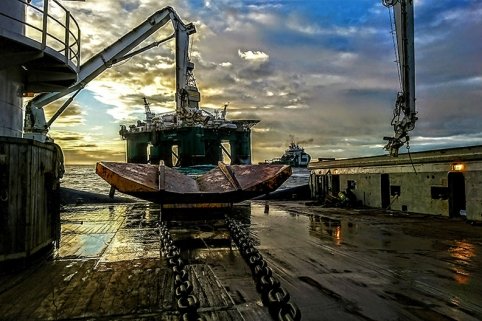 Lundin Petroleum AB (Lundin Petroleum) is pleased to announce that its wholly owned subsidiary Lundin Norway AS (Lundin Norway) has made two oil discoveries in exploration wells 16/1-31 S (Jorvik) and 16/1-31 A (Tellus East) on the eastern edge of the Edvard Grieg field in PL338 on the Utsira High.

Highlights
• Oil and gas discoveries with combined gross resources between 4 and 37MMboe
• Jorvik, a similar conglomerate reservoir to areas of Edvard Grieg field
• Tellus East, a 60m gross oil column in porous, weathered basement reservoir
• Both discoveries can be developed with wells from the Edvard Grieg platform

At Jorvik, the well encountered oil in 30 metres of conglomerate reservoir of Triassic age with a thin, high quality sandstone above. After extensive coring and data collection, the well was tested at an anticipated low rate of around 130 bopd in the conglomerate interval and pressure measurements show that the area is in communication with the Edvard Grieg field. This combination of conglomerate and sandstone reservoir types are also found on the southern and eastern part of Edvard Grieg and a horizontal production well in the Jorvik area of the field, is expected to flow at commercial rates.

At Tellus East, the well encountered a gross oil column of 60 metres in porous, weathered basement reservoir. Extensive data acquisition was carried out including coring, logging and oil sampling. The Tellus area on the northern edge of the Edvard Grieg field, is currently producing from two horizontal production wells that have contribution from porous, weathered basement reservoirs and the Tellus East discovery gives further confidence in the basement potential in this area of the Edvard Grieg field.

The combined gross resources of Jorvik and Tellus East are estimated to be between 4 and 37 million barrels of oil equivalent (MMboe). Both Jorvik and Tellus East can be developed with wells from the platform, which will be evaluated in parallel with other infill targets and tie-in opportunities in the area, to optimise the utilisation of the available processing capacity on the facility.

The dual branch Jorvik/Tellus East well was drilled four kilometres northeast of the Edvard Grieg platform, by the Leiv Eiriksson semi-submersible drilling rig. Lundin Norway is the operator of PL338 with a 65 percent working interest. The partners are OMV with 20 percent and Wintershall DEA with 15 percent.

The Leiv Eiriksson rig will stay in the Utsira High area to drill a number of shallow gas pilot wells as part of the Solveig development project before moving to drill the Goddo exploration well 16/5-8S in PL815. Goddo will test the extension of the Rolvsnes weathered basement oil discovery into the adjacent licence, where the combined area is estimated to contain gross potential resources of more than 250 MMboe. Rolvsnes/Goddo located to the south of the Edvard Grieg field is targeting the same porous, weathered basement reservoir currently being produced from the Tellus area of Edvard Grieg. Lundin Norway is the operator of PL815 with a 60 percent working interest, and the partners are Concedo and Petoro with 20 percent interest each.

Plan for development and operation for Solveig approved
Scroll to top