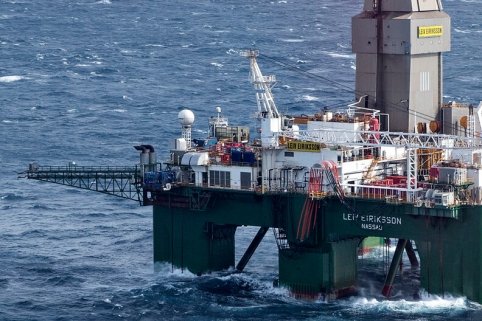 The main objective of the well, located 20 km north of the Snøhvit gas field, was to test the two distinct lower Cretaceous sandstone targets, the shallower Setter prospect and the deeper Pointer prospect.

Water wet sands with a total thickness of 40 metres with moderate reservoir properties were encountered in the Setter prospect. In the Pointer prospect, about 130 metres of sand with oil shows was found, however the reservoir was evaluated to be tight and of low quality across the entire interval. The well was not formation-tested, but extensive data acquisition and sampling have been carried out. The well has been permanently plugged and abandoned.

Oil samples have been collected and alongside other data from the well, will be analysed in order to mature remaining leads and prospects in PL767 and adjacent parts of the Hammerfest Basin.

Lundin Norway is the operator of PL767 with a 50 percent working interest. The partners are INPEX with 40 percent and DNO with 10 percent.

The well was drilled with the semi-submersible drilling rig, Leiv Eiriksson, which after completion of plugging and abandoning operations will proceed to drill exploration well 16/1-31 S. This is a dual branch well targeting both the Jorvik and Tellus East prospects on the eastern side of the Edvard Grieg field in PL338. Lundin Norway is the operator of PL338 with a 65 percent working interest. The partners are OMV with 20 percent and Wintershall with 15 percent.

Exploration well completed on the Pointer and Setter prospects in the southern Barents Sea
25.02.2019, 187.39 KB