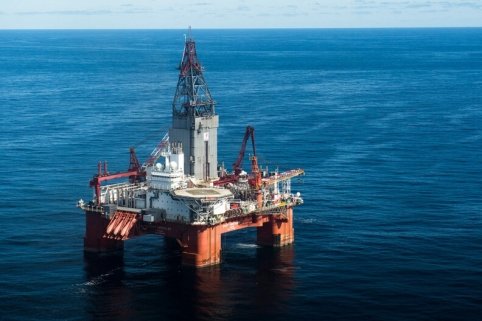 This is the second well on the Gjøkåsen structure, where the main objective was to prove the hydrocarbon potential of the early and late Triassic rocks, in the Gjøkåsen deep prospect. The well encountered good and variable quality sandstones in the late Triassic and sandstones in the early Triassic of poor quality, however none were hydrocarbon bearing. Due to increased measurements of formation gas, the well was extended, where the objective was to evaluate the presence of lower Triassic and upper Permian source rocks and underlying reservoir potential. The well was drilled to a vertical depth of 3,495 metres below sea surface, in late Permian formations, and no reservoir rocks were encountered in this interval.

The well was drilled by the West Hercules rig, which after a short maintenance stop will proceed to drill the Korpfjell Deep exploration well 7335/3-1, located in PL859. Lundin Norway holds a 15 percent working interest in PL859. Equinor is the operator with 30 percent and the remaining partners are DNO Norge with 20 percent, Petoro with 20 percent and ConocoPhilips with 15 percent.