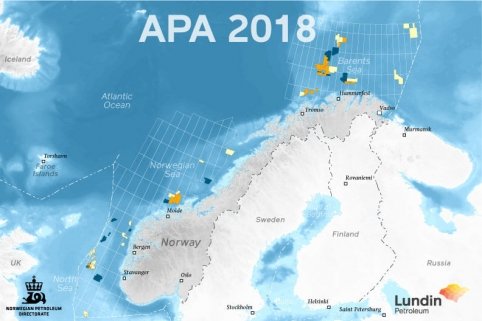 APA 2018 – 15 licences awarded in the Norwegian licensing round

Lundin Petroleum AB (Lundin Petroleum) is pleased to announce that its wholly owned subsidiary Lundin Norway AS (Lundin Norway) has been awarded a total of 15 exploration licence interests in the 2018 Norwegian licensing round (Awards in Predefined Areas, APA).

The awards from this licensing round builds on the Company’s existing six core areas and will support starting to build a new position in the Norwegian North Sea close to the Horda platform area.

The licence interests are detailed below and maps of their location are provided on the following page.