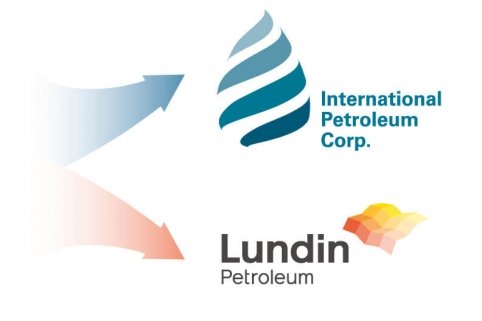 The Board of Directors of Lundin Petroleum has determined that the conditions for shareholder approval have been satisfied and that the record date for the distribution of the IPC shares will be 20 April 2017. Based on that record date, the shares of Lundin Petroleum will commence trading without the right to the distribution of the IPC shares on 19 April 2017.

Each three shares in Lundin Petroleum shall entitle the holder to one common share in IPC. If the shareholding in Lundin Petroleum is not evenly divisible by three, the holder will receive an entitlement to a fraction of a share. Such fractions will be added together with the fractions held by other shareholders into whole shares in IPC, which will be sold on the market by Pareto Securities. The proceeds, without deduction of any commissions, will then be paid to the relevant IPC shareholders via Euroclear Sweden.

As previously announced, IPC’s Board of Directors has resolved to cause a subsidiary of IPC, immediately following the listing and subject to establishment of the credit facility described below, to make an offer to all holders of IPC shares to purchase up to USD 100 million of IPC shares for consideration of CAD 4.77 per IPC share. If made, the offer is expected to be open for acceptance for approximately three weeks, and any shares acquired under the offer are expected to be subsequently cancelled.

The Company and IPC have been advised by Statoil ASA (“Statoil”) that it intends to tender its IPC shares to the offer if the offer is made. The Company has also been advised that Nemesia Sàrl, an investment company related to the Lundin family (“Nemesia”), along with Landor Participations Inc., another investment company related to a member of the Lundin family, and members of IPC’s Board and management, do not intend to tender to the offer.

In addition, the Company understands that Statoil and Nemesia have entered into an agreement pursuant to which, following the expiry of the offer, Nemesia will acquire any IPC shares held by Statoil that have not been acquired by IPC’s subsidiary in the offer.

In order to finance the offer, certain IPC subsidiaries and IPC, in the capacity of guarantor, have received credit approved terms for a new reserve-based lending facility with a syndicate of banks led by BNP Paribas, Australia and New Zealand Banking Group (ANZ), BMO Capital Markets and ScotiaBank Europe. USD 100 million will be available under the reserve-based lending facility to finance the offer to purchase shares of IPC.

BMO Capital Markets is acting as exclusive financial advisor to the Company for the listing of IPC. Pareto Securities in Sweden is acting as issuing agent and Certified Advisor for IPC on the Nasdaq First North. Blake, Cassels & Graydon LLP and Gernandt & Danielsson Advokatbyrå KB are acting as legal advisors to the Company and IPC.
Questions regarding the distribution of IPC shares will be answered by Pareto Securities at the following telephone number +46 8 402 51 40 during normal office hours in Sweden, or at the following email address issueservice.se@paretosec.com, until the distribution has been completed.