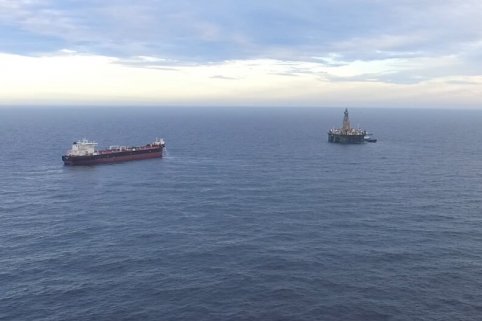 Highlights:
• Results were better than expected, demonstrating excellent reservoir productivity and connectivity to a large volume
• Successfully completed 700 metres horizontal appraisal well through karstified and fractured carbonate reservoir, a first on the Norwegian Continental Shelf
• Two month flow period with a maximum production of 18,000 bopd constrained by the surface production facilities with a total of approximately 675,000 barrels of oil produced
• Results expected to increase the Alta resource estimate and reduce the uncertainty range

The appraisal well is located approximately 4 km south of the original Alta discovery well and is the fifth well drilled on the Alta discovery. The main objectives of the appraisal well and extended production test was to prove sustainable production rates and reduce the uncertainty around the recovery mechanism in the Permian-Triassic karstified and fractured carbonate reservoirs to provide the basis to progress development studies.

The semi-submersible drilling rig Leiv Eiriksson was used for the drilling and testing at Alta. The well was tested through the rig and the produced volumes were flowed via a flexible flowline to the Teekay Scott Spirit tanker. The oil produced to the tanker will be delivered to the Mongstad oil terminal on the west coast of Norway and will be subsequently sold.

The well was drilled 700 metres horizontally in the oil zone, encountering all targeted reservoir intervals and with reservoir properties better than prognosis. As anticipated fluid losses were encountered while drilling the well, which were successfully managed, demonstrating the technical viability of developing the Alta field with horizontal wells.

The extended production test duration was over a period of about two months, with 30 days at a constrained rate of around 7,500 barrels of oil per day (bopd) and the second period totalling 25 flowing days of up to 18,000 bopd constrained by the surface production facilities. A total of approximately 675,000 barrels of oil was produced during the test. Extensive data acquisition and sampling have been carried out during the test, including production logging. The results were better than expected, demonstrating excellent reservoir productivity with contribution from all reservoir intervals and connectivity to a large volume.

Prior to the extended production test the combined gross resource range for the Alta and Gohta discoveries was estimated at between 115 and 390 million barrels of oil equivalent (MMboe). These positive results are expected to increase the Alta resource estimate and reduce the uncertainty range. Once all new data gathered from the well, combined with the recently available latest generation 3D seismic survey (TopSeis) that covers the entire Alta and Gohta area, has been processed the resource range for the Alta and Gohta discoveries will be updated in early 2019 with the Company’s year-end 2018 reserves process.

Commencement of second half 2018 exploration drilling campaign
The Leiv Eiriksson rig will next proceed to drill exploration well 6307/1-1S on the Silfari prospect in PL830 located in the Froan Basin area of the Norwegian Sea. This is a play opening well on the undrilled Frøya High/Froan Basin area where Lundin Norway has secured a significant acreage position through recent licensing rounds. The well is located approximately 40 km south of the Draugen and Njord fields and 30 km southeast of the Fenja field. The main objective of the well is to test the reservoir properties and hydrocarbon potential of the Permian and Jurassic formations and on success there are multiple follow-on drilling opportunities. The Silfari prospect is estimated to contain gross unrisked prospective resources of 193 MMboe. Drilling operations are expected to take approximately 100 days.

Alex Schneiter, President and CEO of Lundin Petroleum comments:
“I am very pleased to announce the successful completion of the appraisal well and extended production testing at Alta. The results exceeded our expectations, demonstrating sustainable flow rates and exceptional reservoir productivity, which we expect will result in lifting our resource estimate for the Alta discovery. We have significantly advanced our understanding of this complex carbonate reservoir, the development of which would be a first for Norway. We will now concentrate our efforts on further defining the route to commercialisation and progressing development concept studies.
Our exciting organic growth programme is delivering results with five successes out of six wells drilled so far this year. We now have a pipeline of five appraisal projects moving towards development, creating the opportunity for upside beyond our “do nothing” production growth outlook.”