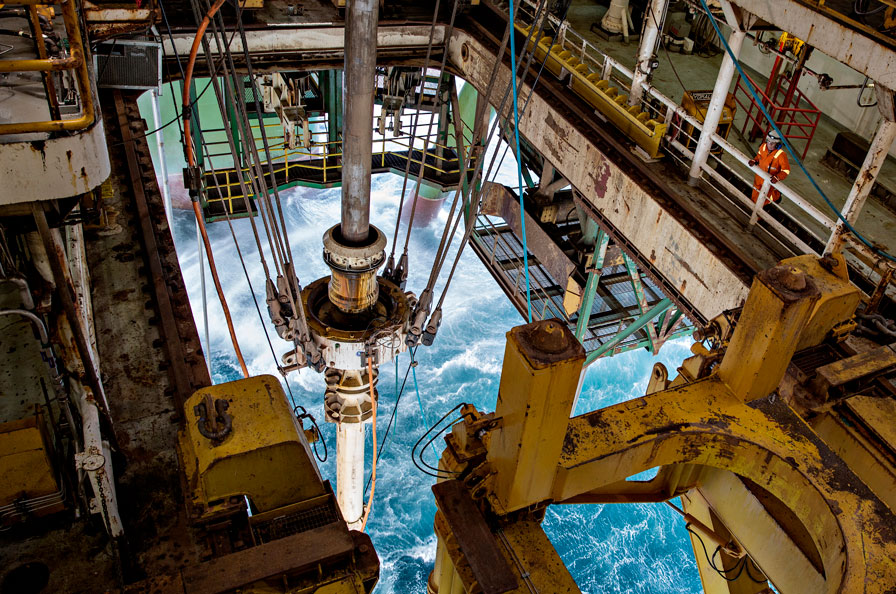 Lundin Energy AB (Lundin Energy or the Company) is pleased to announce its 2022 programme, with a capital budget of MUSD 830 and production guidance of between 180 to 200 thousand barrels of oil equivalent per day (Mboepd).

Production Guidance
The average production in 2021 was 190 Mboepd, which was at the top of the original guidance range of between 170 and 190 Mboepd.

Lundin Energy’s production guidance for 2022 is between 180 and 200 Mboepd, taking into account normal operational efficiencies, planned outages and reflecting the timing of start-up of Johan Sverdrup Phase 2, which is expected in the fourth quarter. The guidance is approximately split between Johan Sverdrup (55 percent), Edvard Grieg (40 percent) and Alvheim (5 percent). The Company’s production is expected to rise to over 200 Mboepd by 2023, as a result of the increased Johan Sverdrup full field plateau rate 0f 755 thousand barrels of oil per day gross once Phase 2 is on stream. The Company’s long-term target is to sustain production levels of over 200 Mboepd, with upsides from existing fields and potential new development projects.

Operational expenditure for 2022 remains industry leading at USD 3.6 per boe. The reason for the increase in operating cost guidance in 2022 compared to 2021, mainly relates to certain startup and commissioning costs for Johan Sverdrup Phase 2, assumed higher environmental taxes as well as an assumed stronger NOK. The cost per boe is expected to decrease in 2023 back to approximately USD 3.1 per boe, as a result of higher production volumes.

Decarbonisation Plan
Decarbonisation is a key strategic pillar for Lundin Energy and a significant differentiator for the business, with carbon neutrality for operational emissions on track for delivery by 2023. A critical step towards carbon neutrality will be the electrification of the Edvard Grieg platform, which is being executed in parallel with the Johan Sverdrup Phase 2 development and will be operational in late 2022.

The 2022 renewables and reforestation expenditure is budgeted at MUSD 70, with the majority of the spend in the renewable energy portfolio. The Metsälamminkangas (MLK) wind farm project in Finland, with power generation of 400 GWh per annum gross, is planned for commercial handover in the first half of 2022 and the 290 GWh per annum Karskruv wind farm project in southern Sweden, is due to be operational in late 2023. There will also be continued investment in natural carbon capture projects, where approximately 2.7 million trees will be planted in Spain and Ghana over the next year.

Development Budget
The 2022 development expenditure is budgeted at MUSD 520 and mainly reflects the Company’s investments in Johan Sverdrup Phase 2, power from shore at Edvard Grieg, the remaining development drilling at Solveig and new projects in the Alvheim Area.

Approximately 55 percent of the budgeted development expenditure relates to Johan Sverdrup facilities and drilling. Phase 2 accounts for the majority of the Johan Sverdrup development expenditure budget for 2022. The project is currently around 70 percent complete, with the drilling of Phase 2 development wells having commenced in January 2022, installation of the Phase 2 processing platform topsides on track for March 2022 and first oil expected in the fourth quarter 2022.

Approximately 30 percent of the expenditure will be on Solveig and Edvard Grieg, with power from shore being the main cost driver for Edvard Grieg and completion of development drilling as the main driver for Solveig. The Solveig Phase 1 development is progressing ahead of schedule, with four wells drilled and is expected to complete with the final well drilled in early 2022.

The Alvheim Area accounts for approximately 15 percent of the budget in 2022. The area continues to grow with the Frosk (PDO submitted in 2021) and Kobra East/Gekko (PDO approved in January 2022) projects in the execution phase. The Alvheim Area is expected to continue delivering meaningful production rates to the Company.

Exploration and Appraisal Budget
The exploration and appraisal budget for 2022 is MUSD 230. Exploration accounts for 55 percent of the expenditure and the remaining programme targets approximately 140 MMboe of net unrisked resources. The programme involves the drilling of six wells, of which five remain to be drilled, featuring targets across the Company’s acreage position on the Norwegian continental shelf.

Around 45 percent of the budget is appraisal spend in relation to moving development projects towards sanction by the end of 2022. The Company has five potential projects which are being prioritised for development within the temporary tax incentives, which require a PDO to be submitted before the end of 2022. The total resource potential for the projects is estimated to be approximately 240 MMboe net.

The majority of the expenditure will be on the 500 million barrels of oil gross Wisting project, which is scheduled to be one of the next Barents Sea production hubs and will be a significant contributor to sustaining the Company’s long term production profile. In the Greater Edvard Grieg Area, the Company is progressing the Solveig Phase 2 project, Lille Prinsen and Rolvsnes Full Field developments, as operator towards PDO submission in 2022, which will add high margin barrels into the existing hub in the future. At the Alvheim Area, expenditure relates to the Trell and Trine project, which is on track for PDO submission by mid-2022. 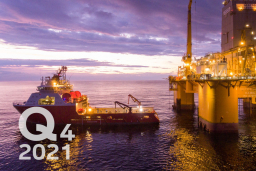 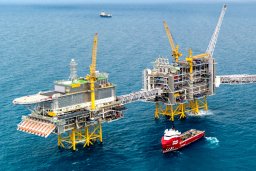 Merger plan for the combination with AkerBP signed and filed for registrati...
Scroll to top