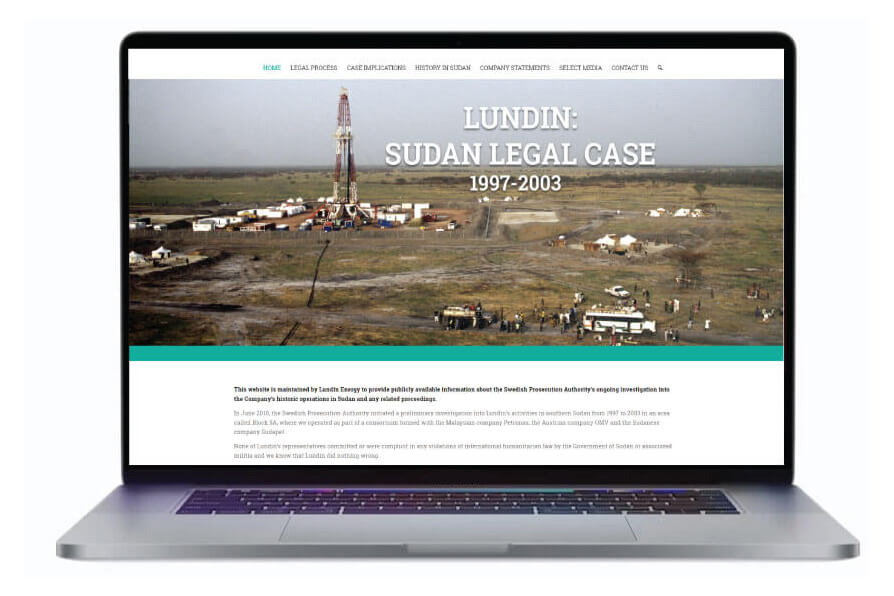 Lundin Energy AB (“Lundin Energy” or the “Company”) has further considered the Swedish Prosecution Authority’s criminal charges against Ian H. Lundin and Alex Schneiter for complicity in crimes against international law, gross crime, following the Company’s initial announcement on 11 November 2021. The Company is therefore today publishing a summary of its position on the indictment from its defence counsel to provide further reassurance as to the defence. Ian H. Lundin, Alex Schneiter and the Company continue to strongly deny the criminal charges, and the Company reaffirms that there are no grounds for the allegations of wrongdoing by any of its representatives. The Company also reaffirms that it sees no circumstance in which a corporate fine or forfeiture could become payable and does not foresee any impact on the operational and financial guidance set out previously.

Following a comprehensive review of all the pre-investigation materials, and an initial assessment of the details of the indictment decision itself, the Company and its defence counsel are of the view that it is simply not possible to conclude that any representative of the Company, either directly or indirectly, was complicit in encouraging anyone to commit crimes against international law — let alone that any perpetrator as a result of such encouragement would have committed any such crimes. Since the Prosecutor cannot, on an objective assessment, expect a conviction in an indictment against the Company representatives, he could be pursuing an unjustified indictment.

Nick Walker, President and CEO of Lundin Energy, commented:
“This case is both unfounded and fundamentally flawed. There is no evidence linking any Company representative to the alleged primary crimes in this case and we see no circumstance in which a corporate fine or forfeiture could become payable given this fact. The Company intends to firmly contest the claims for a corporate fine and forfeiture of economic benefits and does not foresee any impact on the operational and financial guidance that has been set out previously.”

The Company is therefore today publishing a summary of its position on the indictment from its defence counsel to provide further reassurance as to the defence, available on this link https://www.lundinsudanlegalcase.com/wp-content/uploads/2021/11/Lundin-Energy-AB-counsels-statement-2021-11-12.pdf

This summary clearly shows six key areas in which the Swedish Prosecution Authority’s decision to indict is fundamentally flawed:

The Swedish Prosecution Authority’s decision to bring these criminal charges is yet another step in a long legal process which may take many years to reach a conclusion. The Swedish Prosecution Authority has ignored numerous submissions and applications — supported by independent legal experts, including eminent international law professors — as to why this case should not legally be allowed to proceed.

Biörn Riese, Jurie, Senior Defence Counsel for the Company stated:
“Having followed this seemingly never-ending investigation closely for many years, we remain confident that the operations in Sudan were normal, fully legitimate and that there is no basis whatsoever for any indictment of the Company’s representatives or any claim against the Company. While it is extremely disappointing and concerning that the Swedish Prosecution Authority has now issued an indictment instead of closing the investigation, which should have been done a long time ago, at least we now see the beginning of the end of all this. We are convinced that the court will find the Swedish Prosecution Authority’s motion to be without any merit.”

Ian H. Lundin, Alex Schneiter and the Company will continue to challenge the legal basis of the indictment on several grounds — including unreasonable delay, the vagueness of the suspicions and the Swedish Prosecution Authority’s exercise of so-called ‘universal jurisdiction’. As a result, it is possible there may not even be a trial on the merits of the case.

The Company remains confident that both the defence and the extensive deficiencies in the conduct of the investigation will be considered by the Court process in determining that its representatives did nothing wrong.

The Company will continue to assess this matter as it develops and update the market accordingly.

For more information on the Company’s past activities in the region, the case to date and our concerns over the legal process, please visit www.lundinsudanlegalcase.com. 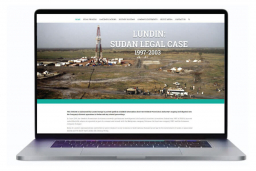 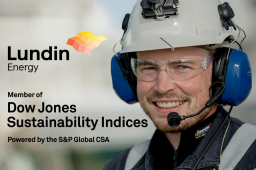