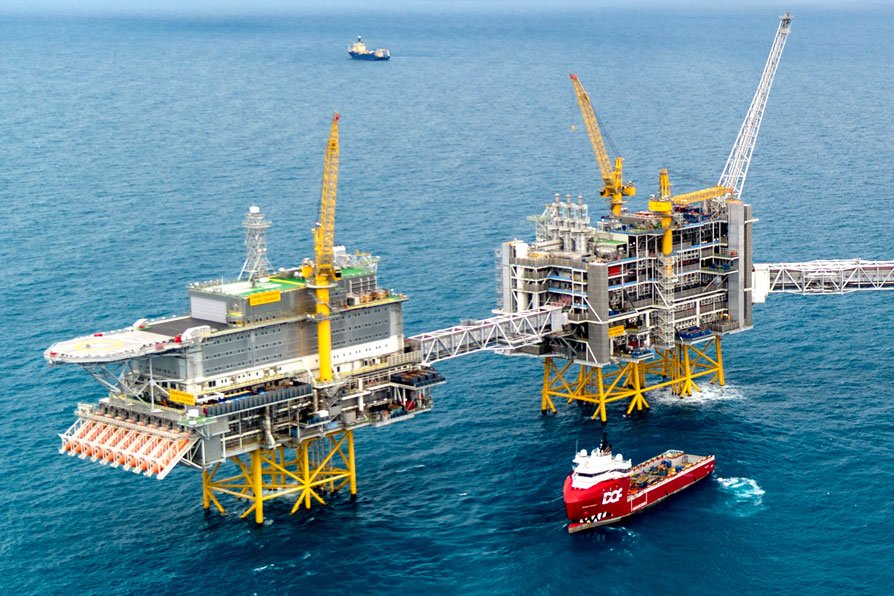 Lundin Energy AB (Lundin Energy or the Company) is pleased to announce that the Board of Directors of Lundin Energy and AkerBP have reached an agreement on a combination (Combination Proposal) to create the leading European independent E&P company (the Combined Company) with a world class asset base, industry leading operating costs and low carbon emissions with increased and sustainable dividends.

Under the agreement in exchange for Lundin Energy’s portfolio of E&P business, shareholders will be entitled to;

Accordingly, following the completion of the Combination Proposal, the shareholders of Lundin Energy will hold 43 percent of the total number of shares and votes of AkerBP (based on a total of 360,113,509 shares and votes in AkerBP). The Combination Proposal will be carried out as a statutory cross-border merger in accordance with Norwegian and Swedish law, through which AkerBP will absorb a company holding Lundin Energy’s E&P business.

AkerBP
AkerBP is a pure-play oil and gas company, focused on the Norwegian Continental shelf with industry-leading low emissions, efficient low-cost operations and a strong production growth profile, with robust free cash flow and attractive returns in a supportive fiscal regime. The company is listed on the Oslo Stock Exchange under the ticker ‘AKRBP’.

The Combined Company
The proposed combination of Lundin Energy’s E&P business and AkerBP has the following strategic and value accretive benefits:

Dividend Policies
Lundin Energy will continue with its currently announced quarterly dividend, representing a payment of USD 0.45 per share in January 2022. The Board has proposed to increase the 2021 quarterly dividend by 25 percent, amounting to USD 0.5625 per share from April 2022 until completion of the transaction, subject to approval at the 2022 Annual General Meeting for shareholders (AGM).

AkerBP today proposed to increase their current quarterly dividend by 14 percent to USD 0.475 per share from January 2022, and will continue to pay this increased dividend after completion, with the ambition to increase by a minimum of 5% per annum from 2023 onwards.

Lundin Energy to retain its Renewable Portfolio
Lundin Energy has developed a portfolio of onshore renewable assets in the Nordics, with power generation of 600 gigawatt hours per annum once fully built out. As part of this transaction the Company’s E&P businesses are being sold to and combined with AkerBP, leaving behind a standalone renewable energy business. As such, the legal entity of Lundin Energy is not a part of the Combination Proposal. The renewable business will remain listed on the Nasdaq Stockholm, and maintain its headquarters in Sweden. The renewable business will be debt free and, on completion will have a cash balance of MUSD 130, to cover all capital expenditure and other working capital requirements until late 2023. After the completion of all currently planned projects, this business is expected to be free cash flow positive and will form the basis of a viable, independent renewables company. Details on the business plan, management and governance will be published prior to the 2022 AGM.

Furthermore, Lundin Energy will continue to vigorously defend itself in regards to the ongoing legal case in Sweden in relation to the past operations in Sudan, and is convinced that there is no basis for any claim of wrongdoing by any Company representative. In addition, the Company will retain certain non-Norwegian potential liabilities related to past operations. The business has sufficient capital to build out all of its projects, will be cash flow positive from late 2023 and retain value in excess of any of the contingent liabilities, should any arise.

The Board of Directors1 unanimously recommends the shareholders to vote in favour of the Combination Proposal from AkerBP at the 2022 AGM
Lundin Energy is a leading European independent E&P business, generating significant free cash flow from its world class asset base, with some of the lowest cost and lowest CO2 emissions assets in the industry. Similarly, AkerBP has world class assets, a strong production growth trajectory and a proven operating capability, while delivering strong free cash flow and growing dividends. With this in mind, the Board of Directors supports the combination of Lundin Energy’s E&P business and AkerBP to create the leading European independent E&P business.

Based on the above, the Board of Directors recommends the shareholders of Lundin Energy to vote in favour of the Combination Proposal at the 2022 AGM.

Upon written request by AkerBP, the Board of Directors has permitted AkerBP to conduct confirmatory due-diligence and Lundin Energy has conducted a similar reciprocal due diligence review of AkerBP. No inside information has been exchanged in connection with these reviews.

Shareholder’s irrevocable voting undertaking
Lundin Energy’s largest long term shareholder, the Lundin Family, represented by Nemesia S.à.r.l., with significant expertise in the industry, representing 33.39 percent of the total shares in issue, has signed an irrevocable undertaking to vote in favour of the Combination Proposal at the AGM 2022.

In addition, Aker Capital AS and BP Exploration Operating Company Ltd, who in aggregate control 64.99 percent of the shares and votes in AkerBP, have irrevocably undertaken to vote in support of the Combination Proposal at the general meeting of shareholders of AkerBP.

Ian Lundin, commented:
“Creating long term value for shareholders has been at the core of this business for 20 years since inception and this combination of Lundin Energy and AkerBP is a unique opportunity to create a future proof independent E&P company, exposing shareholders to a business with significant scale, production growth and strong free cashflow into the next decade. Coupled with this is a world class asset base which will have one of the lowest cost and lowest CO2 emissions per barrel in our industry.

“This combination proposal with AkerBP merges our two great businesses together, builds on our individual strengths, and creates a company which will prosper through the energy transition and continue to deliver strong dividends into the next decade. For Lundin Energy shareholders, this will deliver a significant cash consideration and the opportunity to be a shareholder in the leading European E&P company. The Lundin Family are in full support of this transaction and have given our irrevocable undertaking to vote in favour of this transaction. The independent members of the Board of Directors have also recommended that all shareholders vote in favour of this transaction.”

Effects on Lundin Energy and its employees
In its press release announcing the Combination Proposal, AkerBP states:

“Following the Merger, AkerBP’s executive management team will run the Combined Company. The Target executive management team shall remain available to the Combined Company for a period of three months after completion of the transaction to ensure an orderly transition. All personnel of Lundin Energy’s oil and gas assets in Norway will remain employed by Aker BP upon completion and will have a work location in Oslo, Norway.”

The Board of Directors assumes that the above statements made by AkerBP are correct and has, in relevant respects, no reason to take a different view.

Additional information
AkerBP and Lundin Energy have agreed to carry out the Combination Proposal in all material respects in accordance with Section V of Nasdaq Stockholm’s Takeover Rules.

More information about the Combination Proposal is set out in AkerBP’s press release announcing the combination, which is attached as an appendix to this press release.

The conference call will be available as a live webcast on www.akerbp.com/en.

To participate in the conference call, please use the dial-in numbers and passcode below.

This statement by the Board of Directors of Lundin Energy shall be governed by and construed in accordance with substantive Swedish law. Disputes arising from this statement shall be settled exclusively by Swedish courts.

The Board of Directors of Lundin Energy 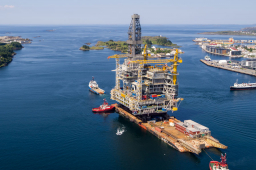 The fourth quarterly dividend instalment of USD 0.45 per share will amount to...
Scroll to top