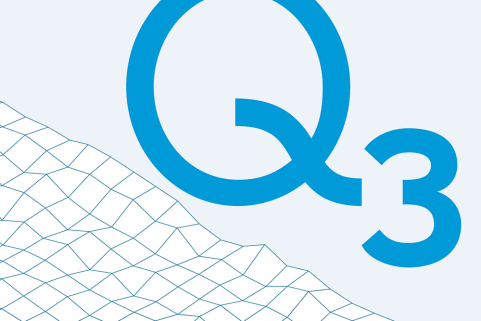 Comments from Alex Schneiter, President and CEO
Our third quarter operational performance has again delivered excellent results driven by a continued strong performance from the Edvard Grieg field and our other main producing assets delivering at or above expectation. We remain firmly on track to achieve our full year production guidance and given the strong performance we are revising our guidance to 70,000 to 75,000 boepd from 65,000 to 75,000 boepd.

With around USD 1 billion of liquidity headroom, our balance sheet is able to sustain long term oil prices as low as USD 40 per barrel and still fully fund the Johan Sverdrup Phase 1 development while continuing to invest in an exciting and aggressive organic growth strategy.

On the development side, Johan Sverdrup continues to progress according to plan with the Phase 1 project execution in excess of 26 percent completed. During the third quarter, we have also seen further crystallisation of Johan Sverdrup cost reductions, increased Phase 1 and Phase 2 production capacities and increased resources.

For the third quarter in a row, it is mission accomplished and never before has the Company been so well positioned for its next growth phase which is forecast to see the Company producing in excess of 120,000 boepd by the time Johan Sverdrup Phase 1 will come onstream at the end of 2019.

Webcast presentation
Listen to President and CEO Alex Schneiter and CFO Mike Nicholson comment on the report at a live webcast on Wednesday 2 November 2016 at 09.00 CET.
The presentation slides will be available on www.lundin-petroleum.com prior to the commencement of the webcast. Please dial in to listen to the presentation on the following telephone numbers: Sweden: +46 8 519 993 55, International: +44 203 194 05 50, International Toll Free Number: +1 855 269 26 05.

This information is information that Lundin Petroleum AB is required to make public pursuant to the EU Market Abuse Regulation and the Securities Markets Act. The information was submitted for publication, through the contact persons set out above, at 07.00 CET on 2 November 2016.