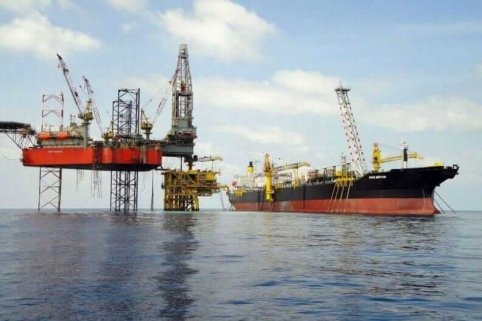 Lundin Petroleum AB (“Lundin Petroleum” or the “Company”) is pleased to announce that its Board of Directors has proposed to spin-off its assets in Malaysia, France and the Netherlands (the “IPC Assets”) into a newly formed company called International Petroleum Corporation (“IPC”) and to distribute the IPC shares, on a pro-rata basis, to Lundin Petroleum shareholders (the “Distribution”).

Subsequent to an internal reorganisation of Lundin Petroleum whereby the various subsidiaries holding the IPC Assets will be acquired by IPC, and subject to satisfactory receipt of all necessary approvals and consents, including the approval of Lundin Petroleum’s shareholders, all of the shares of IPC will be distributed to existing Lundin Petroleum shareholders on the basis of one IPC share for every three shares held in Lundin Petroleum. IPC has applied to the Toronto Stock Exchange (“TSX”) to list its shares following the Distribution on such exchange under the ticker IPCO, and also intends to list its shares on the NASDAQ Stockholm stock exchange.

Background and reasons for the Distribution and listing
The Board of Directors and management of the Company routinely review and assess strategic alternatives available to the Company to enhance shareholder value. As part of that review, the Board of Directors and management concluded that given ongoing developments and successes with the Company’s assets in Norway, the IPC Assets, held within a separate and independent entity, would benefit from enhanced strategic flexibility and management focus, as well as be ascribed increased focus, visibility, and value from investors.

With a renewed strategy and focus, management believes that IPC can be built into a leading international independent oil and gas company, focused on the production and development of high quality assets around the world. Management believes an independent IPC will be well positioned to pursue both organic and inorganic growth opportunities over time. The significant cash flows generated from IPC’s long-lived assets will provide financial capacity to pursue this strategy.

Ian H. Lundin, Chairman of the Board of Lundin Petroleum, comments:

“The spin-off of our international assets into IPC creates an exciting new company with a strong balance sheet and a proven Board and management team. Their focus will be to create value at a time in the cycle when the industry remains under-capitalised and multiple opportunities are available as companies rationalise their portfolios. With the spin-off, Lundin Petroleum will become fully focused on Norway, which I am convinced will serve to further crystallise the value of our high-growth asset portfolio in the North Sea and the southern Barents Sea.”

Implementation of Distribution
If approved by shareholders, the Distribution will be executed by way of a Lex ASEA distribution under Swedish law, with the result that no immediate taxation will arise to shareholders in Sweden. Instead, the tax basis of the Lundin Petroleum shares that confer entitlement to participate in the distribution will be allocated between these shares and the IPC shares received. It is proposed that each three shares of Lundin Petroleum will entitle the holder to one share of IPC. If the shareholding in Lundin Petroleum is not evenly divisible by three, the holder will receive an entitlement to a fraction of a share. Such fractions will be added together with the fractions held by other shareholders into whole shares in IPC, which will be sold on the market by Pareto Securities. The proceeds, without deduction of any commissions, will then be paid to the relevant IPC shareholders via Euroclear Sweden.

Listing of IPC’s shares on the TSX and NASDAQ Stockholm will be subject to IPC fulfilling the requirements of the respective exchange. There can be no assurance that the shares will be accepted for listing on either of the TSX or NASDAQ Stockholm.

Advisors
BMO Capital Markets Limited is acting as exclusive financial advisor to the Company for the listing of IPC. Pareto Securities in Sweden is acting as issuing agent. Blake, Cassels & Graydon LLP and Gernandt & Danielsson Advokatbyrå KB are acting as legal advisors to the Company and IPC. PricewaterhouseCoopers AG are the auditors of IPC.

Important Information
This press release does not contain or constitute an invitation or an offer to acquire, sell, subscribe for or otherwise trade in shares or other securities in Lundin Petroleum or IPC. This press release has not been approved by any regulatory authority and is not a prospectus, accordingly investors should not purchase any securities referred to in this press release.

Forward-Looking Statements
Certain statements made and information contained herein constitute “forward-looking information” (within the meaning of applicable securities legislation). Such statements and information (together, “forward-looking statements”) relate to future events, including the Company’s future performance, business prospects or opportunities. Forward-looking statements include, but are not limited to, statements with respect to the proposed Distribution, expectations that applicable regulatory approvals will be obtained, the expected future activities of IPC following the Distribution, the future growth and financial capacity of IPC, future investor interest in IPC, estimates of reserves and/or resources, future production levels, future capital expenditures and their allocation to exploration and development activities, future drilling and other exploration and development activities. Ultimate recovery of reserves or resources are based on forecasts of future results, estimates of amounts not yet determinable and assumptions of management.
All statements other than statements of historical fact may be forward-looking statements. Statements concerning proven and probable reserves and resource estimates may also be deemed to constitute forward-looking statements and reflect conclusions that are based on certain assumptions that the reserves and resources can be economically exploited. Any statements that express or involve discussions with respect to predictions, expectations, beliefs, plans, projections, objectives, assumptions or future events or performance (often, but not always, using words or phrases such as “seek”, “anticipate”, “plan”, “continue”, “estimate”, “expect”, “may”, “will”, “project”, “predict”, “potential”, “targeting”, “intend”, “could”, “might”, “should”, “believe” and similar expressions) are not statements of historical fact and may be “forward-looking statements”. Forward-looking statements involve known and unknown risks, uncertainties and other factors that may cause actual results or events to differ materially from those anticipated in such forward-looking statements. No assurance can be given that these expectations and assumptions will prove to be correct and such forward-looking statements should not be relied upon. These statements speak only as on the date of the information and the Company does not intend, and does not assume any obligation, to update these forward-looking statements, except as required by applicable laws. These forward-looking statements involve risks and uncertainties relating to, among other things, risks associated with completion and execution of the Spin-off of the IPC Assets and the Distribution, the ability of IPC to perform as expected as a separate, independent entity, the requirement to obtain certain regulatory and other approvals and to fulfil the conditions of the Spin-off, the ability to retain key employees, other transaction-related and operational risks (including exploration and development risks), productions costs, availability of drilling equipment, reliance on key personnel, reserve estimates, health, safety and environmental issues, legal risks and regulatory changes, competition, geopolitical risk, and financial risks. These risks and uncertainties are described in more detail under the heading “Risks and Risk Management” and elsewhere in the Company’s annual report. Readers are cautioned that the foregoing list of risk factors should not be construed as exhaustive. Actual results may differ materially from those expressed or implied by such forward-looking statements. Forward-looking statements are expressly qualified by this cautionary statement.