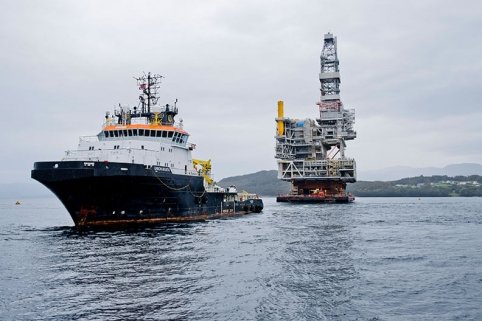 Lundin Petroleum AB (Lundin Petroleum) is pleased to announce its 2018 development, appraisal and exploration budget which totals USD 1.05 billion and represents an 11 percent decrease on 2017 capital expenditure. The production guidance for 2018 is between 74 to 82 thousand barrels of oil equivalent per day (Mboepd).

1. Approximately 80 percent of the 2018 budgeted development expenditure relates to the non-operated Johan Sverdrup field (WI 22.6%) with 2018 being the peak year in terms of facilities installation for Phase 1 of the project. From inception and up to year end 2017, Lundin Petroleum’s net capital expenditure on Phase 1 amounted to USD 1.6 billion. The project is ahead of schedule with over 65 percent complete at year end 2017 and is on schedule for first oil in late 2019. The project is achieving significant cost reductions compared to the PDO estimate, with 25 percent savings to date excluding foreign exchange rate impacts, and further cost savings are anticipated with continued good progress on the project. The submission and approval of the PDO for Phase 2 of the project is scheduled for the second half of 2018 and the 2018 expenditure budget includes commencement of Phase 2 development activities including commitment to long lead equipment items.

2. The operated Edvard Grieg field (WI 65%) commenced production in late 2015 and the planned development drilling programme within the PDO has continued through 2016 and 2017 with 11 wells out of the planned 14 wells having been completed to date. The 2018 expenditure relates substantially to the drilling of the remaining three development wells with the jack-up drilling rig being demobilised in mid-2018 on completion of the planned programme.

3. Budgeted expenditure for the non-operated Alvheim and Volund fields (WI 15% and WI 35% respectively) involves the drilling of two infill wells one on each of the fields with drilling scheduled in the second half of 2018.

Appraisal Budget
The pre-tax appraisal budget for 2018 is USD 135 million.

The appraisal programme involves two operated appraisal wells in the Utsira High area in the Norwegian North Sea. One appraisal well at Luno II (WI 50%) which on success would lead to development planning and one horizontal appraisal well and testing at Rolvsnes (WI 50%), which has the potential to de-risk the significant potential in the larger basement high area. Both Luno II and Rolvsnes are possible subsea tie-back development opportunities to the Edvard Grieg facilities. Additionally, an extended well test will be conducted at the Alta oil discovery (WI 40%) in the southern Barents Sea, which involves drilling of a horizontal production well and producing to a tanker for up to two months, to reduce the uncertainty around the recovery mechanism and provide the basis for development studies.

Exploration Budget
The pre-tax exploration budget for 2018 is USD 115 million with a total of eight planned exploration wells.

Four wells are planned to be drilled in the Norwegian North Sea on the Lille Prinsen prospect in PL167 (WI 20%) in the Utsira High, on the Frosk prospect in PL340 (WI 15%) in the Alvheim area which is currently drilling, on the Rungne prospect in PL825 (WI 30%) and on the Mandal High prospect in PL860 (WI 40%) where the Company has recently acquired a position through a series of transactions. The acquisition of PL825 and PL860 are subject to certain government and seller bank approvals.