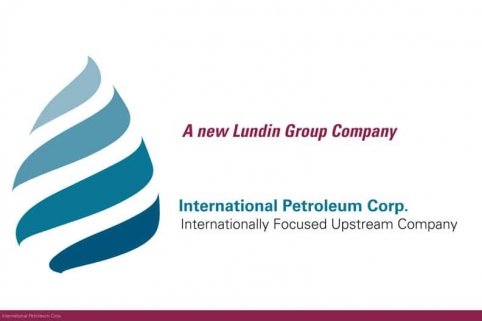 In connection with the previously announced proposed reorganisation and spin-off by Lundin Petroleum AB (“Lundin Petroleum” or the “Company”) of its assets in Malaysia, France and the Netherlands into International Petroleum Corporation (“IPC”), the Company is pleased to announce that IPC has filed a preliminary prospectus with the Alberta Securities Commission (“ASC”) in Canada.

The filing of the preliminary prospectus with the ASC initiates the securities regulatory review process that is required in connection with IPC becoming a public reporting issuer in Alberta, Canada. IPC furthermore expects to file a prospectus with the Swedish Financial Supervisory Authority (“SFSA”) to qualify the shares of IPC for trading in Sweden. IPC has applied to the Toronto Stock Exchange (“TSX”) to list its shares on such exchange under the ticker IPCO, and also intends to list its shares on NASDAQ Stockholm. Listing of IPC’s shares on the TSX and NASDAQ Stockholm will be subject to IPC fulfilling the requirements of the respective exchange. There can be no assurance that the shares will be accepted for listing on either of the TSX or NASDAQ Stockholm.

In addition, the Company is pleased to announce that IPC’s Board of Directors has resolved to cause a subsidiary of IPC, following the spin-off and establishment of the credit facility described below, to make an offer to all post-spin-off holders of IPC shares to purchase up to USD 100 million of IPC shares for consideration of CAD 4.77 per IPC share. As previously announced, all of the shares of IPC are expected to be distributed to existing Lundin Petroleum shareholders on the basis of one IPC share for every three shares held in Lundin Petroleum, and therefore this offer assumes that there will be approximately 113.5 million IPC shares outstanding following the spin-off. If made, the offer is expected to be open for acceptance for approximately three weeks from the spin-off date, and any shares acquired under the offer are expected to be subsequently cancelled.

IPC believes that the offer would facilitate an orderly exit for some initial shareholders of IPC, recognising that the strategic and investment goals of some Lundin Petroleum shareholders (who will become IPC shareholders immediately following the spin-off) may or may not correspond to IPC’s assets and proposed strategy. The Company and IPC have been advised by Statoil ASA (“Statoil”) that, while it supports the spin-off, continuing to hold shares in IPC post-spin-off is non-core for Statoil, given IPC’s size and geography. Accordingly, Statoil has advised the Company of its intention to tender its IPC shares to the offer if the offer is made. The Company has also been advised that Nemesia Sàrl, an investment company related to the Lundin family (“Nemesia”), along with Landor Participations Inc., another investment company related to a member of the Lundin family, and members of IPC’s proposed Board and management, do not intend to tender to the offer.

In addition, the Company understands that Statoil and Nemesia have entered into an agreement pursuant to which, following the expiry of the offer, Nemesia will acquire any IPC shares held by Statoil that have not been acquired by IPC’s subsidiary in the offer.

In order to finance the offer, certain subsidiaries of the Company that will be subsidiaries of IPC following the reorganisation, and IPC in the capacity of guarantor, have received credit approved terms for a new USD 100 million Reserves Based Lending Facility with a syndicate of banks led by BNP Paribas, Australian and New Zealand Banking Group (ANZ), BMO Capital Markets and ScotiaBank Europe.

Further details regarding the proposed reorganisation and the proposed offer are contained in the preliminary prospectus, a copy of which can be found on IPC’s profile on SEDAR at www.sedar.com. As previously announced, the reorganisation and spin-off are subject to satisfactory receipt of all necessary approvals and consents, including the approval of Lundin Petroleum’s shareholders. The Company expects to shortly convene an extraordinary meeting of shareholders, expected to be held during March 2017.

Important Information
This press release does not contain or constitute an invitation or an offer to acquire, sell, subscribe for or otherwise trade in shares or other securities in Lundin Petroleum or IPC. This press release has not been approved by any regulatory authority and is not a prospectus or other offering document, accordingly investors should not purchase any securities referred to in this press release.