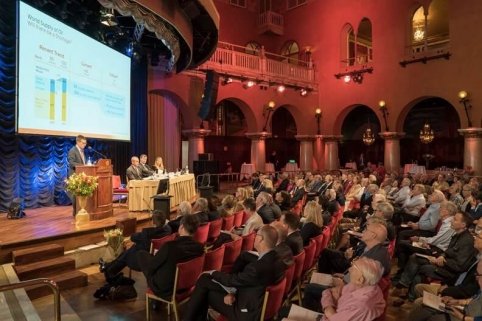 An Extraordinary General Meeting of Shareholders of Lundin Petroleum AB (publ) (the “Company”) was held today Wednesday 22 March 2017 in Stockholm.

The Meeting was convened in connection with the proposed transaction to spin-off the Company’s non-Norwegian producing assets into a newly formed company called International Petroleum Corporation (IPC) and to distribute the shares of IPC, on a pro-rata basis, to Lundin Petroleum shareholders as announced by the Company on 13 February 2017.

The Meeting resolved, in accordance with the Board of Directors’ proposal, to approve the dividend in kind of all shares in IPC to Lundin Petroleum shareholders. Three (3) shares in Lundin Petroleum shall entitle the holder to one (1) common share in IPC. If the shareholding in Lundin Petroleum is not evenly divisible by three, the holder will receive an entitlement to a fraction of a share. Such fractions will be added together with the fractions held by other shareholders into whole shares in IPC, which will be sold on the market by Pareto Securities. The proceeds, without deduction of any commissions, will then be paid to the relevant IPC shareholders via Euroclear Sweden. The Board of Directors is authorised to resolve upon the record date for the right to the distribution of IPC shares.

Completion is expected to occur during April 2017.

¹ Since the value of the assets to be distributed is determined in USD and the reorganisation has not yet been carried out, the final value of the dividend in SEK will depend on the exchange rate between USD/SEK as per the day of completion of the reorganisation. The value as stated herein is based on the Swedish Central Bank’s (Sw. Riksbanken) USD/SEK exchange rate of USD 1 / SEK 8.9724 as per 24 February 2017.