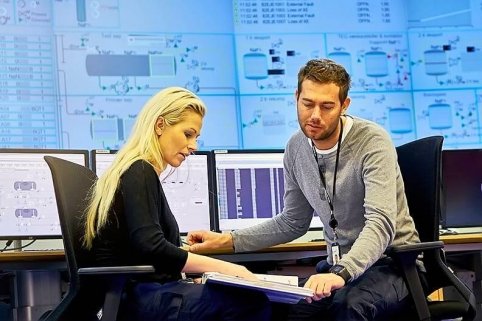 Reserves and contingent resources
Lundin Petroleum’s reserves as at 31 December 2016 are 743.5 MMboe 1, 2,  and reflect a positive reserves revision of 55.3 MMboe, excluding acquired reserves. The average production in 2016 was 72,600 barrels of oil equivalent per day, in line with the mid-point of the 2016 revised production guidance.

The main reason for the increase in reserves as at year end 2016 relates to Lundin Petroleum’s two biggest assets, the Edvard Grieg and Johan Sverdrup fields, both located on the Utsira High in the Norwegian North Sea. The reserves upgrade on Edvard Grieg is driven by drilling results to date which indicate more oil-in-place in the western flank of the field than originally foreseen. Lundin Petroleum plans to drill a well to further appraise this part of the field in the first half of 2017. The upgrade of reserves in the Johan Sverdrup field reflects better understanding of the reservoir, in particular the waterflood performance characteristics following the acquisition and evaluation of additional core data. Further reserves increases have been attributed to the Alvheim field, offshore Norway, as the result of the identification of further infill drilling targets, and also at the Bertam field, offshore Malaysia, due to reservoir outperformance. 96 percent of the reserves relate to Norway and oil accounts for 93 percent of Lundin Petroleum’s reserves.

The 2017 production guidance will be provided on 13 February 2017 prior to Lundin Petroleum’s Capital Market Day presentation.

Development Budget
The 2017 development expenditure is budgeted at USD 1,095 million. With respect to committed development projects the 2017 capital budget represent the peak year of capital expenditure up to Johan Sverdrup first oil.

1. Between 70 and 80 percent of development expenditure in Norway for 2017 relates to the non-operated Johan Sverdrup field (WI 22.6%) with 2017 being the peak year in terms of construction activity and thus also in capital expenditure. From inception and up to year end 2016 Lundin Petroleum’s net capital expenditure on Phase 1 amounted to USD 900 million. Construction has commenced on all elements of the Phase 1 with the first steel jacket scheduled to be installed offshore during the summer of 2017 and the remaining three jackets to be installed in 2018. The riser and drilling platform topsides are scheduled to be installed in 2018 and the processing and living quarter topsides are scheduled to be installed in 2019. The pre-drilling of development wells commenced in 2016 with eight production wells completed so far and a further six water injection wells scheduled to be drilled during 2017. The project remains on schedule for first oil in late 2019 and given the current market environment and optimisation efforts, the project is achieving significant cost reductions compared to the PDO estimate.

3. Net budgeted expenditure for 2017 on the non-operated Alvheim and Volund fields (WI 15% and WI 35% respectively) involves the drilling of four infill wells, two at Volund and two at the Alvheim field. The first Volund infill well is currently drilling.

5. Net budgeted expenditure for 2017 on the continental European business units in France and the Netherlands mainly relates to maintenance of the production facilities and pipelines in France as well as one development well offshore the Netherlands.

Appraisal Budget
The pre-tax appraisal budget for 2017 is USD 125 million, and is substantially allocated to Norway. The appraisal programme involves two operated appraisal wells on Alta (40% WI) and Gohta (40% WI) respectively. One further appraisal well is planned to be drilled in the south western part of the Edvard Grieg field which is targeting gross unrisked resources of upto 30 MMboe and will spud at the end of the first quarter 2017.

“I am very pleased with Lundin Petroleum’s performance during 2016 which was a transformational year with record high production and record low operating costs per barrel. Despite record production we still managed to achieve a healthy reserves replacement ratio of over 200 percent with both of our main assets, Edvard Grieg and Johan Sverdrup, increasing in reserves. The capital budget continues to be dominated by the Johan Sverdrup project with the 2017 budget representing a peak year of construction activity, and therefore expenditure. Our appraisal and exploration programme is more exciting than ever with some large structures being tested in the Barents Sea. The appraisal on the southwestern area of the Edvard Grieg field has the potential to prove up additional development potential which would further extend the plateau production period for the field whilst the purpose of the Alta and Gotha appraisal wells is to take us one step closer to sanctioning both these large discoveries as commercial projects.”

1 BOEs may be misleading, particularly if used in isolation. A BOE conversion ratio of 6 Mcf : 1 Bbl is based on an energy equivalence conversion method primarily applicable at the burner tip and does not represent a value equivalency at the wellhead.

3 As per industry standards the reserves replacement ratio is defined as the ratio of reserve additions to production during the year, excluding sales and acquisitions.

This information is information that Lundin Petroleum AB is required to make public pursuant to the EU Market Abuse Regulation. The information was submitted for publication, through the contact persons set out above, at 07.30 CET on 19 January 2017